Hi everyone, and welcome to another rip-roaring Elite Encounters update!

Hi everyone, and welcome to another rip-roaring Elite Encounters update!

First, as you may suspect from the title up there, I reached a significant milestone this week. With LaveCon just around the corner, the RPG has been printed out for the first time! In relation to that, the first draft is DONE! Apart from about four things that still need to be done, the creative writing part of the project is under my belt!

Yep, it's actually true. Everything that was in my list of things to put in the book has been put in. A few other ideas that came up along the way still need to be added and there's a lot of editing and proofreading still to be done but that takes nothing away from the fact that this is a big day!

The feeling of seeing this book, all 151,000 words of it, sitting proudly on shiny white paper, is pretty amazing. It's not a book yet, it's just a manuscript, but the weight of it in my hands - something tangible and real, is truly something remarkable.

OK, time to snap myself out of it. THe big rush to get the draft finalised was because your friendly neighbourhood RPG writer is going to LAVECON where he'll be running between two and four sessions of the game for people to try (and for me to see if the game hangs together!). Now that the paper part of the book is printed and bound, I need to get the ship counters ready.

Those of you who are coming to LaveCon, I will be running two separate sessions of the game. On Saturday the fun starts at 2pm with be The Chase, a scenario designed to let players see how the task system and personal combat systems work. At 4pm I'll be running a scenario called The Race, which is a showcase of the miniatures and vehicle rules. 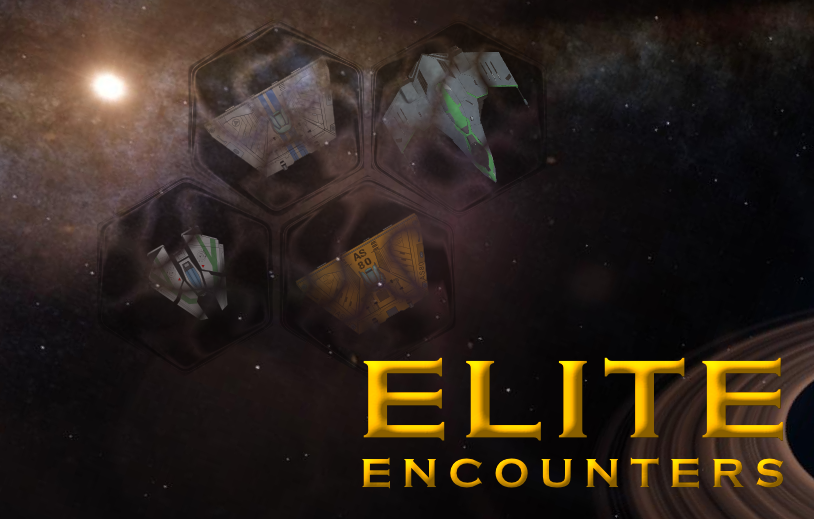 I'm hoping to run the same schedule on the Sunday, but LaveCon's organisers haven't got back to me on that yet. Be warned, the downloadable schedule on Lave Radio's site was not accurate when I last checked (this morning) and had the first session at 10:30. This has been changed because I was double booked - Ben booked me on the Oolite panel at 12, and in order to do both the RPG sessions were moved forward. This is better, because it means there's longer in the morning for people to sign up to take part in the games!

I don't know for sure what the plan is regarding signup, but I assume there will be some kind of sheet to put your name down on. I'm hoping the Lave Radio guys will privide full instructions for such things during the "opening ceremony" on Saturday morning.

If not, just keep an eye out for me in the morning - I'll be wearing an ELITE ENCOUNTERS RPG lanyard around my neck with a laminated business card with a cool official Elite Dangerous badge hanging from it!

From 12 I'll be on stage with the Oolite guys (I think) then from 2 I'll be in the Jameson Room warming up my dice for the taster sessions.

It's all quite exciting!

So What About The Rest Of Us?

LaveCon also marks another milestone - with the text complete, I will be releasing the BETA RULES for those who pledged for that honour, and providing more stuff for the Game Devlopment and Alpha testers to get their teeth into as well. That will hopefully happen during the week after LaveCon, so keep an eye on your inbox if you pledged for the Beta Tester pledge reward.

After that, I'll be polishing up any errata and inconsistencies in the rules and text that have been picked up at LaveCon, adding the finishing touches to the text and doing a full read through myself to make sure I've caught as many types and errors as I can find. Once that's done I'll send it to the proofreaders, then I'm going to focus on getting dice out there as promised. It's only a year late, after all.

After that I'll be focusing on the polishing of the other aspects of the game, like the counters and the GM screens as well as the pledge rewards, at last.

Then there will be the inevitable re-writes and edits when the information from the proofreaders comes back and (hopefully) the Game Development and Beta testers.

In between all that there's Fantasticon in August, where I'll be running more taster sessions, probably using the same demo rulebook.

If anyone has any questions about LaveCon or anything else in this month's update, please let me know. Otherwise I'll see you all on the flip side.