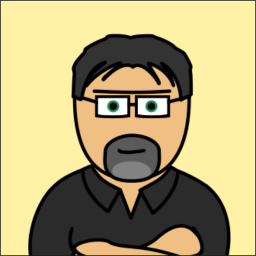 David TW Hughes, also known as Dave and self-referred to as "hughesd" is the creator and administrator of this site. He's the owner, founder, cleaner and CEO of Daftworks and the designer of the first officially licensed tabletop RPG based on the "Elite" computer game franchise.

He dabbles in a lot of other stuff too, including procrastinating (like his "Selezen" alter-ego), being married to a real person and building things that are too complicated. He recently learned to mount heavy things on walls without them falling off within a week.

All of this online stuff, like books and gaming, are mere distractions from reality and Dave is employed full time at a well-known FinTech organisation.