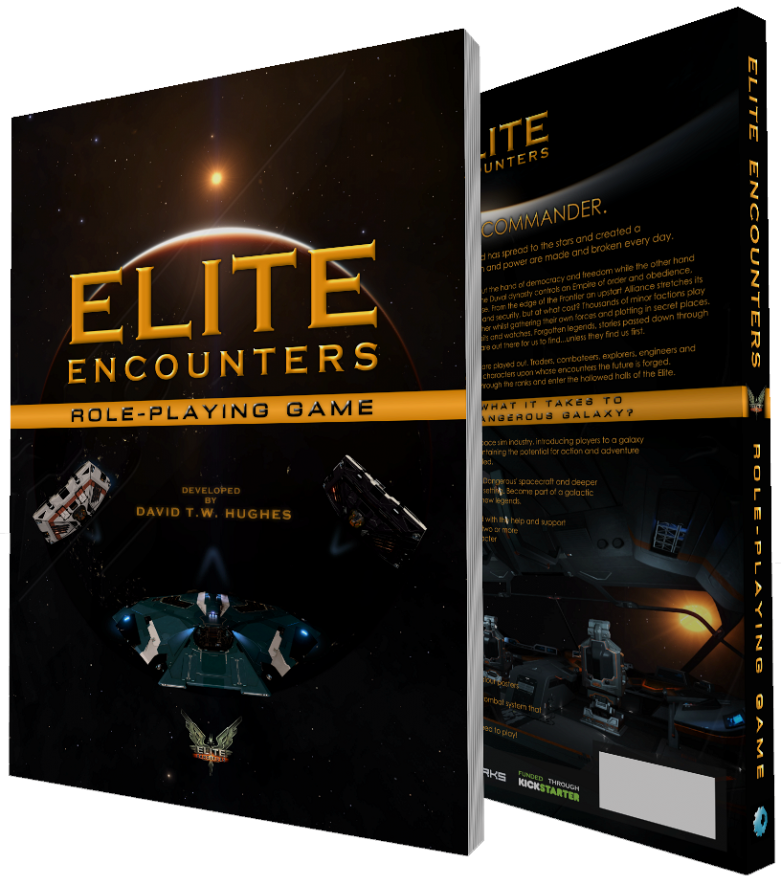 T-SHIRTS, MUGS, HATS AND OTHER COOL ELITE ENCOUNTERS MERCHANDISE ARE AVAILABLE AT THE DAFTWORKS SPREADSHIRT SHOP!

WELCOME TO THE FUTURE 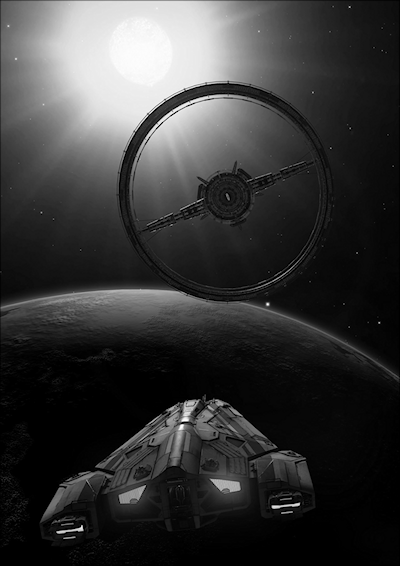 In 1984 a genre was defined when ELITE became the first 3D space simulator on home computers.

Alongside that groundbreaking development, ELITE ENCOUNTERS became the first tabletop roleplaying game to be commissioned, allowing gamers everywhere the chance to step through the computer screen and into the dangerous world of the ELITE!

ELITE ENCOUNTERS features a custom designed game system that showcases the players and their characters. It provides a simple and quick dice rolling system that will be attractive to beginner players but with enough detail to engage the hardiest of role-playing veterans.

For the first time ever, ELITE ENCOUNTERS presents the living history of the ELITE: DANGEROUS setting, including the distant origins of the venerable FEDERATION and EMPIRE as well as the new ALLIANCE. The book provides enough information to allow players to set their campaigns in any timeframe, including the Imperial exodus, the rise and fall of the Galactic Co-operative or the coming of the Thargoid menace!

ALL YOU NEED TO PRINT AND PLAY 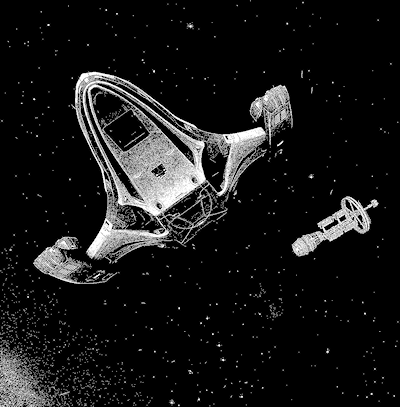 ELITE ENCOUNTERS has been designed from the ground up to be a print-and-play product. This means that as well as containing a fully-featured RPG system and details about the setting of ELITE: DANGEROUS, it is a digital eBook containing rich multimedia content that you can print out and use straight away. All you need is a printer (black and white will be enough but a colour printer would be best).

We at Daftworks recommend the PDF version of the book, purely because it contains the full-colour multimedia content. We are producing ePub and Kindle versions as well, but these will be cut-down versions with minimal graphic content.

We've supplied a printable reference page for the character generation rules, which will allow Loremasters to easily provide each player with a handy guide to creating their Avatars. Obviously we've included blank Avatar Record Files in the book as well, plus Vehicle Record Files to store the information on those all-important spacecraft or other vehicles that the players might want to own. We've even included printable dice templates to cut out and construct.

But that's not all! We've designed a fully featured vehicle combat system that includes printable counters with all the ELITE: DANGEROUS spacecraft!* All the counters, reference cards, templates and even rulers are right there in the book. We've even included a full-colour "Commander's Screen" for players and Loremasters alike, containing the important stats, rules and tables commonly used during play.

If you're in the market for a hardcopy of the book, we're looking into that too! We offered a Print-On-Demand copy of the book during the project's Kickstarter fundraising campaign, and if the eBook proves to be popular or there is a demand for a hardcopy, then we will be arranging a limited print run as well. This copy would come with a FREE PDF of the book, including the printable pages.

* spacecraft list is complete at the time of publication.

Elite Encounters is part of a collection of Elite fiction written by both professional and amateur authors. Click here to see the collection!